This is going to be a lot of cut and paste of info found on the web. We have already lost so much over the years. 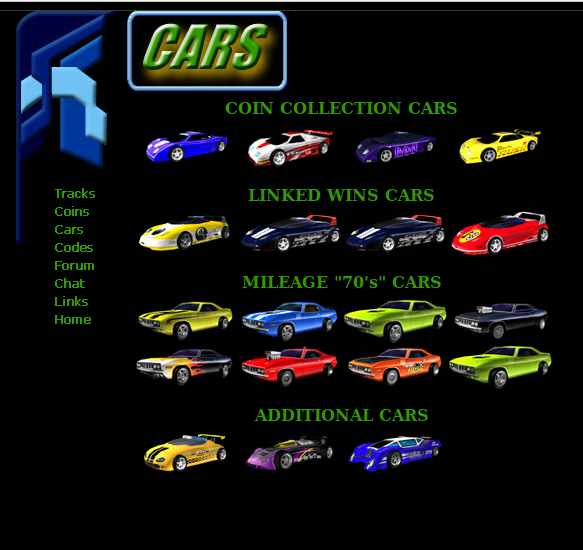 What is Tournament Edition?

Codes During the race

Solo Game Codes: (Be aware when you use these codes, your scores will not be allowed on Fast Times.)

How to clear phantoms during Solo/No Drone play

The following TrackInstructions are only applicable to standard edition:

Each track contains 100 hidden coins. You can unlock 4 new paint jobs for car #5 on each track by collecting those 100 coins. Once you have collected all 100 coins for a track the coins reset. Maximum coins to collect is 1000. You get nothing special for collecting 1000 coins on all 5 tracks. In TE you can collect over 100,000 coins per track. Why? We have no idea…

Unlocking coin cars on a track does not make that car unlocked on another track.